DONATIONS ACCEPTED
Please keep the organization up and running

The Blue Water Navy Association is a non-profit, 501c3 organization.
All donations are tax deductible. We will send you a receipt for tax purposes.

Use this easy PayPal Link

Asbestosis Awareness for all Veterans

A Change of Command

The Ship's Store will be
TEMPORARILY OFF-LINE
for the next two weeks!

Information About the
Ken Burns Documentary
On Vietnam

New Letter from Congress
to Secretary Shulkin
with 103 signatures

Comments on our meeting
with VA Secretary Shulkin

Statement on the appointment of Dr. David Shulkin
as Secretary of the VA

News Channel 8, WFLA
An excellent, in-depth report
on veteran problems and the VA

BWNVVA Membership Cards
are in the mail!

Senator Leahy (VT) SINKS Blue Water Navy!
We Almost Had It! for 2016!
Does this mean immigrant status trumps veteran status?

Update information on "John Wells for Secretary of the VA"

The entire 19-article series of ProPublica's Expose
on Agent Orange

Why a Concurrent Resolution?

ACTIVE SHOOTER SCENARIO
You Did This Once; Now Do It Again!

Report On The Rally

In Case It Rains
At The Rally

News Release for the
May 18 "Rally In Suport"
of the Blue Water Navy Vietnam Veterans Act.
We Need Your Help!

Looking for our Lost Members!
Please check the list of names for members who don't have
a working email address on file!
If it is you or someone you know,
Help us get updated!

RALLY IN SUPPORT OF
THE BLUE WATER NAVY VETERANS
on May 18, 2016

VA PROPOSES TO SOLVE
ITS OWN PROBLEMS

Blue Water Navy Releases Statement
on the status of the current litigation
against the Dept. of Veterans Affairs

IMPORTANT!
CORRECTION to my Suggestions
for filing your claim

Please take a look at this!

WHAT SHOULD I DO RIGHT NOW
ABOUT MY BLUE WATER NAVY
AGENT ORANGE-BASED DISABILITY CLAIM?

To better serve U.S. veterans in need of assistance,
a top nationwide law firm has brought on board a lawyer
who was instrumental in changing Agent Orange Laws.

Link to the audio Webinar on

How Do I find My Deck Logs?

What Should I Do About Blue Water Navy Disability Claims?

At least two Blue Water Navy veterans were denied claims in whole or in part due to reliance by the Board of Veterans Appeals on the draft M21-1 regulation, identified as a training aid, that was prematurely and improperly furnished to the BVA. This morning, an e-mail went out to all Veterans Law Judges telling them to not rely on that "training aid." The problem is that we do not know how many other veterans were improperly denied. We have asked the BVA to review their recent cases and vacate any decisions that improperly relied upon this training aid. They have not agreed to do so. It is important that if you are aware of any BWN veterans who have had their cases denied by the BVA within the last 45 days, based on this "training aid" to file a request for reconsideration or an appeal to the Court of Appeals for Veterans Claims. Any veteran or VSO that needs more information should contact Military-Veterans Advocacy at johnlawesq@msn.com

Retired Navy Commander John B. Wells
Attorney for BWNVVA and
Executive Director of Military-Veterans Advocacy, Inc.
Speaks Out about the Impact of Gray v. McDonald Ruling

How You Can Help Our Cause
During the August Congressional Recess

What should you do if you
want to immediately file a Blue Water Navy claim
for herbicide exposure?

Please fill out their Vietnam Veteran Questionnaire here or here
if you have not already done so!

Link to the
Hill and Ponton Law Firm analysis
of the Gray v. McDonald Ruling

Written Testimony Submission
to the Senate Veterans Affairs Committee
for May 13, 2015 Hearing

New Blue Water Navy Brochure
available for download and dissemination.
Can be printed off for Ship Re-unions and other gatherings!

A Report on
the Dec. 4th Hearing
In the Federal District Court
in Washington, DC.

A Thanksgiving Letter From the Director!

There is a lot going on right now. I wish I had more time to put stuff up here on this site!

I have put together this package to help people understand the situation the Blue Water Navy is in.
Use it if you think it might help someone understand.
All the Senators and Representatives ought to get several copies for their review.

On December 4, 2014, there will be a hearing on the Blue Water Navy vs. Dept. of Veterans Affairs lawsuit at 10:00AM.
This will be held in the Federal Court House Building at 333 Constitution Ave N.W., Court Room #2, in Washington, DC.

We would like to fill the courtroom with veterans wearing a shirt identifying them as a veteran. No hats allowed. We will have some extra T-shirts for those who don't have a veteran-related shirt to wear.
Any veteran who can arrange to be there will be greatly appreciated. All other interested parties welcomed. 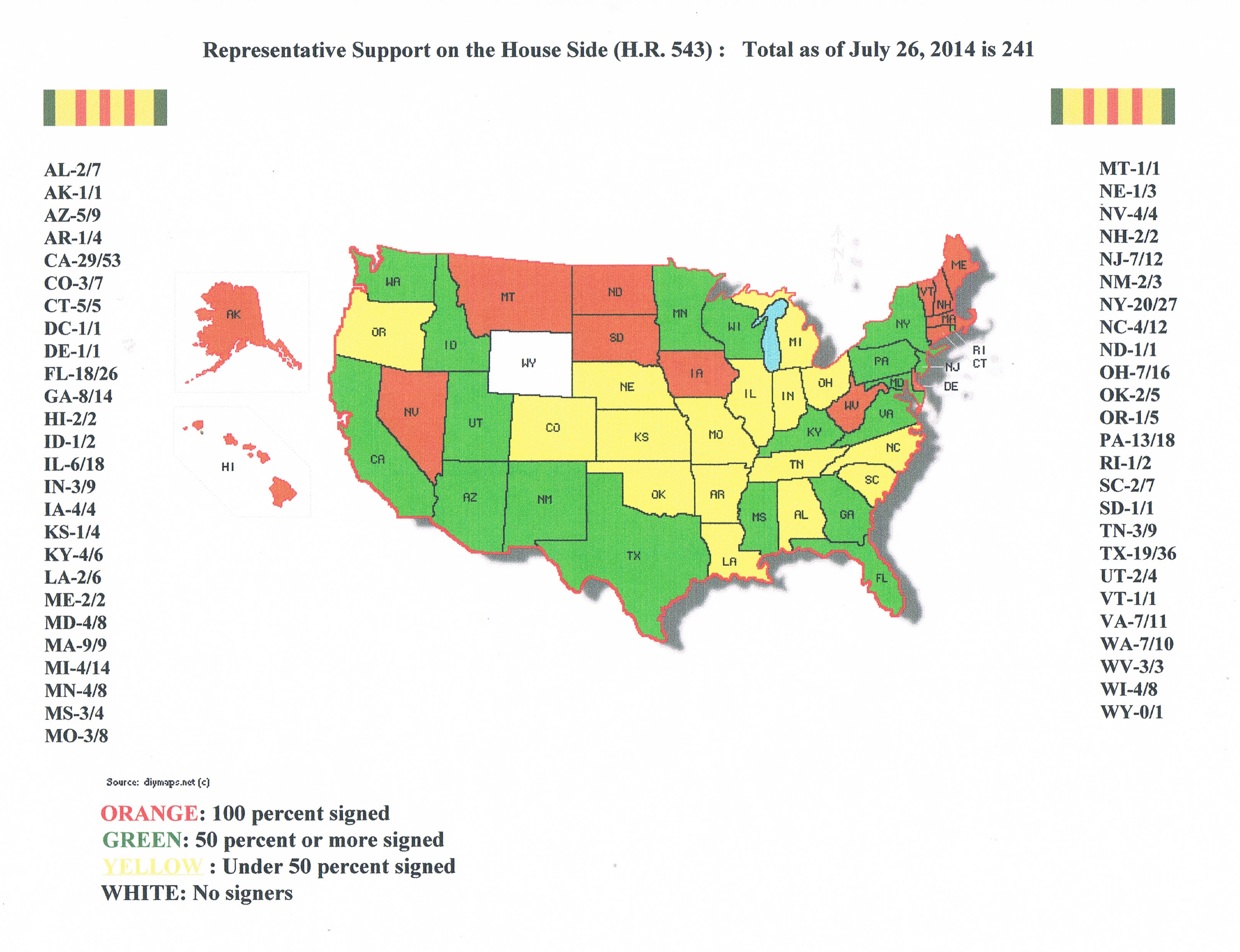 NEW SHIRTS
In the Ship's Store!

and a review of an earlier appearance by Adm. Ed Straw on Fox TV
with LCDR (ret) Montel Williams.

Radio Interview of Bob Ford
regarding opinions on a new course for the Dept. of Veterans Affairs

NEW ITEM IN THE SHIP'S STORE

New Bumper Sticker for All Veterans
from All Conflicts!

To All Members and Prospective Members
Periodically we ask our members to resubmit their contact information so we can be sure
to reach them with important information concerning news of interest to the Blue Water Navy Vietnam Veterans Association.
Would you please fill out this automated membership application before May 15 so we can keep your data current?
Please use the form HERE.

If you are just doing verification, you only need to fill in the “required” fields marked with *.
If you are a new member and would like to join, please complete the entire form.

NEW ADDITIONS TO THE SHIP'S LIST
for Blue Water Navy Exposure
Spreadsheet of new additions ONLY
Here is the VA's Website for The Entire Ship List .

AVAILABLE DECK LOGS FROM NATIONAL ARCHIVES
The National Archives College Park, MD continues to add scans of Deck Logs for public access.
This updated list now has 165 ships and 6,321 Deck Logs as of January 9, 2014.
scanned and available for viewing and downloading.

The Rules For Blue Water Navy Presumption of Exposure
The current VA rules for heribicide exposure of
navy ships and crews, when listed on a "Ship's List" release.

AVAILABLE DECK LOGS FROM NATIONAL ARCHIVES
The National Archives College Park, MD continues to add scans of Deck Logs for public access.
This updated list now has 131 ships and 4634 Deck Logs as of July 10, 2013
scanned and available for viewing and downloading.
416 logs from 12 ships were added this past month.

On July 9, the Department of Veterans Affairs
released an UPDATED LIST of Navy ships that are now
fully or partially eligible for the presumption of exposure to Agent Orange.

More than 60 ships were added to the previous list.

John Well (CDR USN, ret.), our Legislative Advisor and Legal Counsel,
was interviewed on Fox and Friends on April 2 and again on April 6 about veteran problems.

FOR 2013
A STATEMENT OF COMMITMENT

DESPITE the unlamented expiration of the terms of nine percent of the absolutely ineffective and non-productive members of US House of Representatives in the 112th Congress (91% of whom we Americans sent back to Washington despite their inability to protect veterans and their families or even agree to protect Americans from higher taxes); and, with it the demise of the legislation that would have once again (as Congress originally intended in P. L. 102-4, 1991) included those of us who are Blue Water veterans of the Vietnam War and their families;
WE PLEDGE to work once again to give voice to those who are not typically heard in advocating for a re-introduction of the Blue Water Navy Vietnam Veterans Act; to speak our undeniable truths to the Washington power brokers; to continue providing independent and diverse points of view re-enforced by valid and widely accepted research and science; and to tell to anyone willing to listen the multitude of poignant stories arising out of the result of our military service that no one else is telling; and to pressure the US House of Representatives in the 113th Congress to set aside partisan politics and do the right thing by enacting the soon-to-be introduced Blue Water Navy Vietnam Veterans Act of 2013.

- Paul Sutton, A Marine Who Was There

He is, of course, joined by the entire volunteer
staff of the Blue Water Navy Association

Information on the November 2012
New List of ships that have been found at least partially eligible
for the presumption of exposure to Agent Orange along with other information from the VA.

Here is information about locating aircraft carriers
that operated within the Vietnam Territorial Sea
as currently referred to in the Blue Water Navy Legislation.

FREE items for veterans on Veterans Day (and other days)

A Visual Plotting of How the Bills are Gaining Support In Congress!

A Map of Support from the House of Representatives.

A Report Titled DIOXIN ON THE CARRIERS explains how
the crews of aircraft carriers offshore Vietnam were contaminated by herbicide.

See "Beyond Boots on Ground" Section at bottom of this link

THE COST
of The Agent Orange Equity Act

A detailed report proving that the crew of any ship that entered Da Nang Harbor
was directly exposed to herbicides and their contaminants.
Warning - Large File

How To Use the Da Nang Harbor Report

Orders to Guam should be rejected

New Procedures are in place for Claiming Inland Waterway Service

A Chink in the Armor?
Jury finds agency, DuPont negligent in land case

Why the Agent Orange Act of 2009 is so badly needed

Veterans appeal in Class Action Lawsuit against the VA

In the latest release of the AO Review series, the IOM accepts the conclusions of the
Royal Australian Navy Study and concedes that offshore sailors may have been
exposed to dioxin in their drinking water

BWN Activity Report
What have we been up to?

Get Mad with Larry Stimeling
and DO SOMETHING

USS Rupertus Accepted as being on Inland Waters

The Blue Water Navy Association, the Quilt of Tears, and the "In Memory" Ceremony

Filner Pledges to Fight for Budgets Worthy of Our Veterans

All claims held by Haas Stay are now released
for immediate adjudication.

VA Memo Regarding This

A CALL TO ACTION!!
ACT NOW! Get the VA changed!
Stop the Shredding of our Documents!

OTHER FILINGS WITH THE SUPREME COURT
A Petition for Certiorari to the US Supreme Court in the case of Vietnam Association for Victims of Agent Orange/Dioxin et al v. Dow Chemical Co. et al. was filed October 6, 2008. This is a 43-page document that can be downloaded here.

In a separate action, through the offices of Gerson Smoger and Associates, Writs of Certiorari were filed for two individuals also related to Agent Orange claims:
one Writ for Isaacson; and
one Writ for Stephenson.

Blue Water Navy In The News

ABC News has aired a story on the plight of the Blue Water Navy.


Please visit this site and leave a comment. With feedback showing interest in this, it is possible that
this segment could run on ABC National Distribution..... and they may be willing to do further investigation.
Send your comments to general.manager@abc11mail.com and ABC corporate feedback

New Agent Orange Act to cover all veterans exposed to Agent Orange,
regardless of place or time

What are the steps in creating legislation?

A Letter of Support from Congressman Bob Filner

BLUE WATER NAVY IN THE NEWS
Are Veterans Targeted for Triage? - by Professor Eugene Narrett